Management Talk: What I've Learned From Setting My Son To Bed

We can apply them in other areas as well 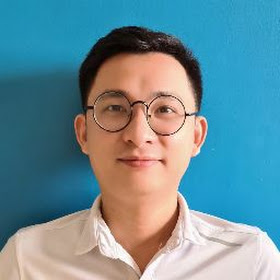 Bao Khoi, my 3-year-old son, is a chatty kid. He loves to play and talks with others all the time. A year ago, he saw my wife and me as the whole world. He followed and obeyed us a hundred percent. As he grew up, he figured out many other exciting things and started to negotiate, argue, or even ignore my words. “The crisis of three years” is the common term people called kids at that age.

Keeping my son sleep in regular time was my focus. Many articles pointed out the benefit for kids if they have a consistent bedtime. But setting a fixed schedule for my active and chatty little boy is not easy.

It was a night I took him out to a nearby park after dinner. He was playing swings and sliders for an hour, and it’s mostly 9 PM.

“But I’m still playing. I wanna play a little more”, the kid responded while leaving the swings to a nearby slider.

“Let me play a little more, please.” He slid down.

And couldn’t wait for my answer, he continued. “Daddy, can we go to the water fountain over there?”

“But we ran out of time. We gotta go now”. My patience is running down. I started to raise my voice a bit.

“We will go to the fountain, and then go home. Can we?”

I agreed uncomfortably, didn’t want to yell out loud in a public place. Khoi then spent another half an hour at the water fountain before returned home wholly wet. That day, he got to sleep at around 11 PM.

It was not the only one night. He started to negotiate, argue, or ignore my word. The ways I react to him were also different. I can either agree with him to extend the playtime, force him to go to bed, or punish him if he fights against my words. The rate of punishment, which always come with me yelling and him crying loud (and long), was increasing. When I had a chance to look back at all of those, I decided it’s time for changes.

One thing I found is Khoi may not understand what I expect from him. And it could be also reverse. I may not appreciate his expectation, either. So, I started to tell him early that he needs to go to sleep after x hours or x minutes before he began an evening activity. He might negotiate the duration. I’m OK with that. But the main idea is, we agreed together before doing something.

For the activities that take long, I will need to remind him of the agreement a few times in the middle. I didn’t set reminders after equal periods. Instead, I will inform him more frequently when the time is nearly up. For example, if I let him play in the park for 1 hour, I will recall him after 30mins, 45mins, 55mins, and 59 mins. The reminders are to make sure he doesn’t forget and understand that I still keep the original expectation. This action does not guarantee that Khoi will stop playing on time, but it’s more likely that he will do that with less surprising and arguments.

Use visuality to express complicated things

It took a while for me to found out a simple thing. While I talked a lot about time: 5 mins, 10 mins, 9 PM, etc. Khoi didn’t understand what those terms are. Or he could have some imagination, but they were not clear enough. And while he couldn’t, the expectation that I tried to communicate is more or less useless. How long are 5 mins, 10 mins, or how can I tell it’s 9 PM? And a question raised to me: how should I explain time to him?

I told Khoi that I ordered a wall clock. It attracted him entirely. He’d never seen a wall clock before. He was so curious to unbox it and loved to see me hanging it on the wall.

I began to teach him how to check the time. I showed him how the clockwise run in a circle. If the minute hand runs from a number to the next number, it’s 5 mins. If the hour hand points to 9 in the evening, it’s 9 PM.

I asked Khoi to remind me after each 5-minute block. He was excited to take responsibility and attracted to the game for a while. After this game, I believe that he understood the terms clearly. Or at least, he can trust that my time measurements were not my subjective terms.

I learned a lesson for myself: visuality can explain complicated things so well. I was struggling to tell Khoi about time until I bring in a clock.

Emotional Awareness, or the ability to identify and name our own emotions, is part of Emotional Intelligence (otherwise known as Emotional Quotient or EQ). I practiced it in my professional work and believed that it could help Khoi as well. It turned out that this is a great decision.

Acknowledging emotion can help us to have more control over our actions. For example, if we know that we are angry, we can delay responding to kids or remind ourselves not to raise our voice. For kids, they can explain their feelings and behaviors to parents when they calmed down. Thanks to that, parents can get more knowledge about their kids.

I started to attach my feeling when I talked to Khoi:

Later on, Khoi started to attach his emotion in his response to me:

I realized that emotion affects a lot to Khoi’s behavior. Sometimes, his negative emotion came from other things that we may not mind. The feeling leads him to “bad” behavior. Most of the time, those emotions have a lot of senses when we looked at things with his perspective. If I focused only on his actions without empathy, I may not “solve” the problem but could worsen it.

One of my mistakes when talking with Khoi was violent communication. As a parent, I saw myself as an “adult,” and Khoi has to follow me a hundred percent. Since the time Khoi and I started to add emotion awareness to our communication, I realized that he has independent thoughts and feelings. Sometimes, I felt so bad because I’d forced him to follow me without truly listen to his problem. That’s why I’ve tried to apply non-violent communication.

Instead of order Khoi doing something, I usually split the content via four steps:

For example, when I asked Khoi to clean up his toys to go to bed:

The situation ended up when I punished him for standing alone 5 - 10 mins at the wall. He cried loudly and still refused my order.

Half of the time, Khoi would do the cleanup. Sometimes, he kept on arguing, but more open to listening. He still didn’t want to go but at least didn’t show ignorance. Instead, he responded to me why he wanted to keep playing. It made a better situation when I can convince him of his arguments or give him another deal (e.g., tell him a fairy tale on the bed). It was not always perfect, but better than the previous example.

Even when Khoi agreed to sleep, it took him quite long for actual sleep, especially when he had just finished some physical activities. When he lay on the bed, he would keep talking, rotating, rolling around, or open his eyes. His mind was not ready yet for sleep.

So I decided to build a simple routine for a transition period. The pattern is: brush teeth, pee, change pajama, drink some water, lay on the bed, and listen to a fairy tale. The whole session takes around 20 minutes but helps Khoi fall into sleep much more naturally. While following the routine, his mind is also translating slowly to sleep mode.

The critical point is we follow this routine consistently. Once Khoi started, I would make sure nothing else will interrupt him or any new activity introduced in between. If we have any other things to do, I will either plan it before the routine or keep it for tomorrow.

Most of the tips above are general management that we can apply widely in life. Even though my son is a 3-year-old kid, he has his thought, emotion, and expectation. The main difference between him and other adults is he can’t always explain or manage them. As a parent, the key lesson I learned is understanding my beloved kid by adding empathy, respect, and transparency.